Farmer Jason is the brainchild of rock music legend Jason Ringenberg of Jason and the Scorchers. An Americana Music Association Lifetime Achievement Award winner, Ringenberg is one of the pioneers of the modern Americana and alt-country genres. In 2002 he created Farmer Jason to educate and entertain children about farm life and the wonders of nature.  The character is based on his own farming background and love of the great outdoors. As Farmer Jason he has released 4 records and a DVD. He has starred in the It’s a Farmer Jason video interstitial program which airs on several PBS stations around the United States, earning 4 Emmy nominations and one Emmy win.  Farmer Jason’s records have won numerous awards, including the Parents’ Choice Gold Award and the Los Angeles Times’ Children’s Record of the Year list.

Farmer Jason has performed several thousand concerts in venues ranging from rural fairs on the Alaskan tundra to posh European performance halls. The highly acclaimed live show involves sing-alongs, dancing, and discussions about nature appreciation, ecology, and farm animals. Farmer Jason performs solo with just his acoustic guitar (no backing track gimmickry), which adds to the spontaneous, high energy nature of his concerts. Although aimed at children ages 2 to 8, everyone is invited to get involved, and they do!  Farmer Jason draws his musical influences from folk, country, and rock ‘n’ roll with a dash of DIY punk rock. Grab a pitchfork, or your guitar, and climb aboard the tractor!

Learn TO STAY Safe AND Dance away the Covid-19 blues

Farmer jason on the back forty!

FIND OUT HOW TO BOOK FARMER JASON FOR YOUR EVENT! 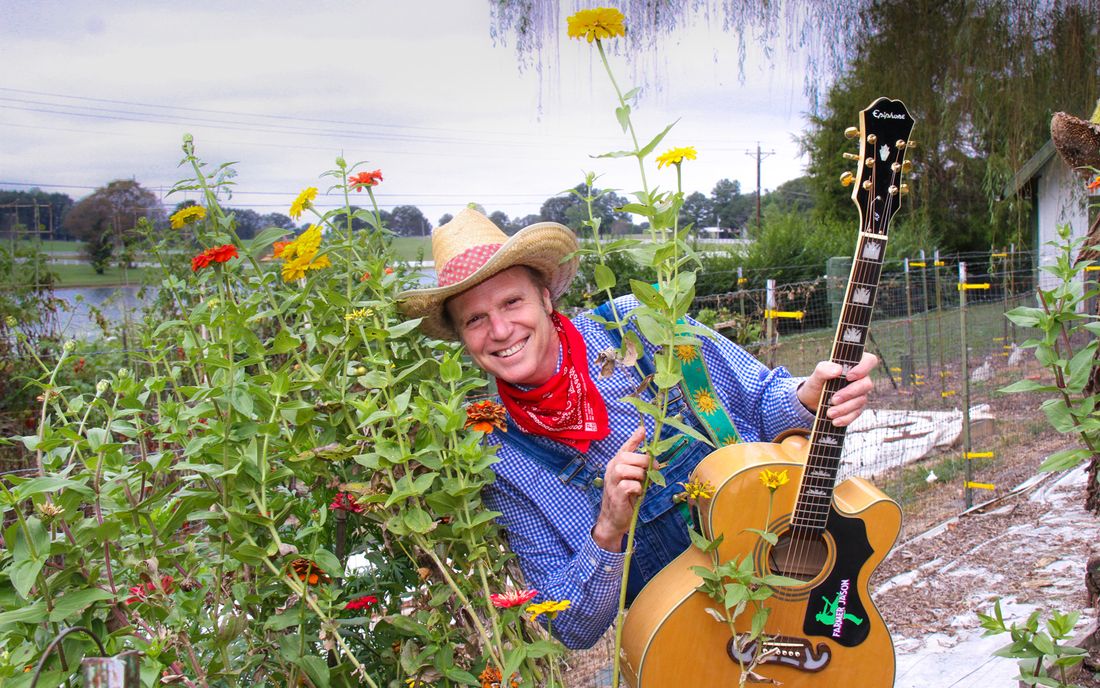 “Songs that should be played to get any party going, whether it’s a six-year-olds Saturday afternoon party or a Friday night get together of sixty-year-olds... Simply irresistible!”